“The ideological disease that cripples the United States is the belief that society does not exist beyond its commercial activity.”

I hope you enjoy this free textbook on the U. S. political system. Use it well.

Why is this textbook free? Textbook prices are too high. The barriers to higher education are many—cost being a major one—and this is my own small assault on those barriers. I also like the ideal that knowledge should be free from commercialization. I’m paid enough in my day job to keep a roof over my head; I don’t need to be padding my income at the expense of students. In addition, standard textbooks tend to be boring and unnecessarily academic, so I’ve tried to counter that with a writing style that is down-to-earth and accessible for students who may not know anything about politics. Even the research supporting this text is approachable: most of the sources are available either at a decent public library or through a simple Internet search. That was intentional. Finally, traditional textbooks contain way more material than any sane professor can cover in one semester. In this text, I focus only on content that I think every educated person should know, and I don’t waste time shoving every possible concept at you.

Between you and me, we should be clear that this text has a distinct perspective on American politics. Please know that all textbooks on the subject have a perspective, but students don’t often notice because the perspective is reflected in what is not covered in the text or because the authors take a subtle celebratory approach to U.S. government that echoes what students received in high school. However, some texts depart from that approach. When I was a student, I benefited greatly from Michael Parenti’s text Democracy for the Few. I have also used William Hudson’s American Democracy in Peril to great effect with students. Both offer a perspective like the one employed in Attenuated Democracy.

What is the perspective of this text? The U.S. political system suffers from endemic design flaws and is notable for the way that a small subset of Americans—whose interests often don’t align with those of the vast majority of the population—wields disproportionate power. Absent organized and persistent action on the part of ordinary Americans, the system tends to serve the already powerful. That’s why this text is called Attenuated Democracy. To attenuate something is to make it weak or thin. Democracy in America has been thin from the beginning and continues to be so despite some notable progress in ballot access for previously excluded groups. As political scientists Benjamin Page and Martin Gilens wrote, “The essence of democracy is not just having reasonably satisfactory policies; the essence of democracy is popular control of government, with each citizen having an equal voice.” (1) Since this is likely to be your only college-level course on the American political system, it is important to point out the structural weaknesses of our system and the thin nature of our democracy. Doing so is educational and patriotic. Whenever you get the chance—in the voting booth, in your job, perhaps if you hold elected office—I encourage you to do something about America’s attenuated democracy. 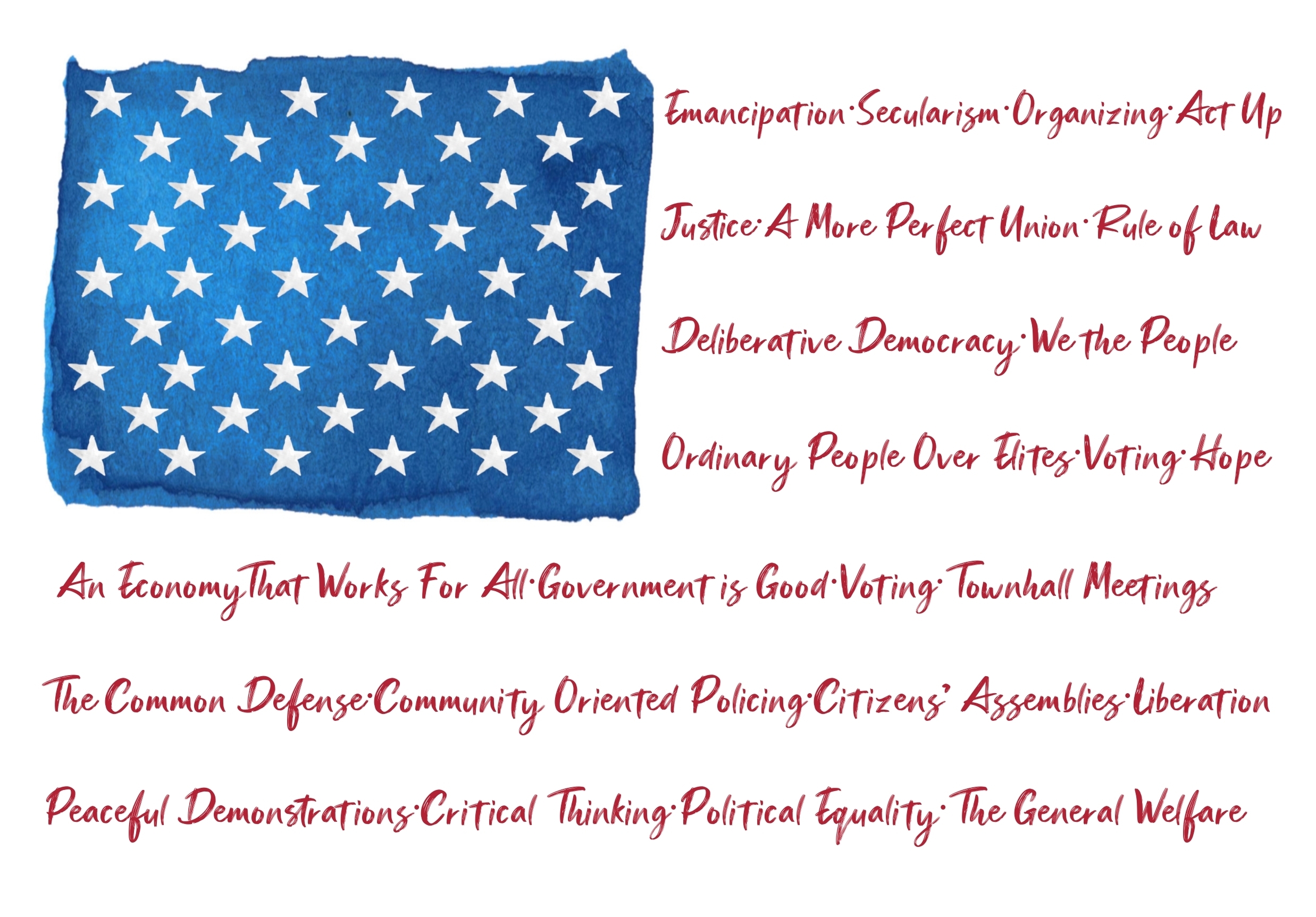 The perspective in this text represents a value judgment. I agree with political philosopher Danielle Allen when she wrote, “If we do not address the corrosion of our democracy itself, we will have lost the essence of the American experiment. Nothing else will matter.” (3) The good news for you is that your grade in your course is in no way dependent on whether you agree with the textbook’s perspective. The bolded terms and phrases throughout the book focus your attention on the same kinds of basic knowledge that you’d be expected to know in any U.S. government course, and hopefully your course’s discussions and assignments allow you to make arguments of your own that challenge what you read in this text. 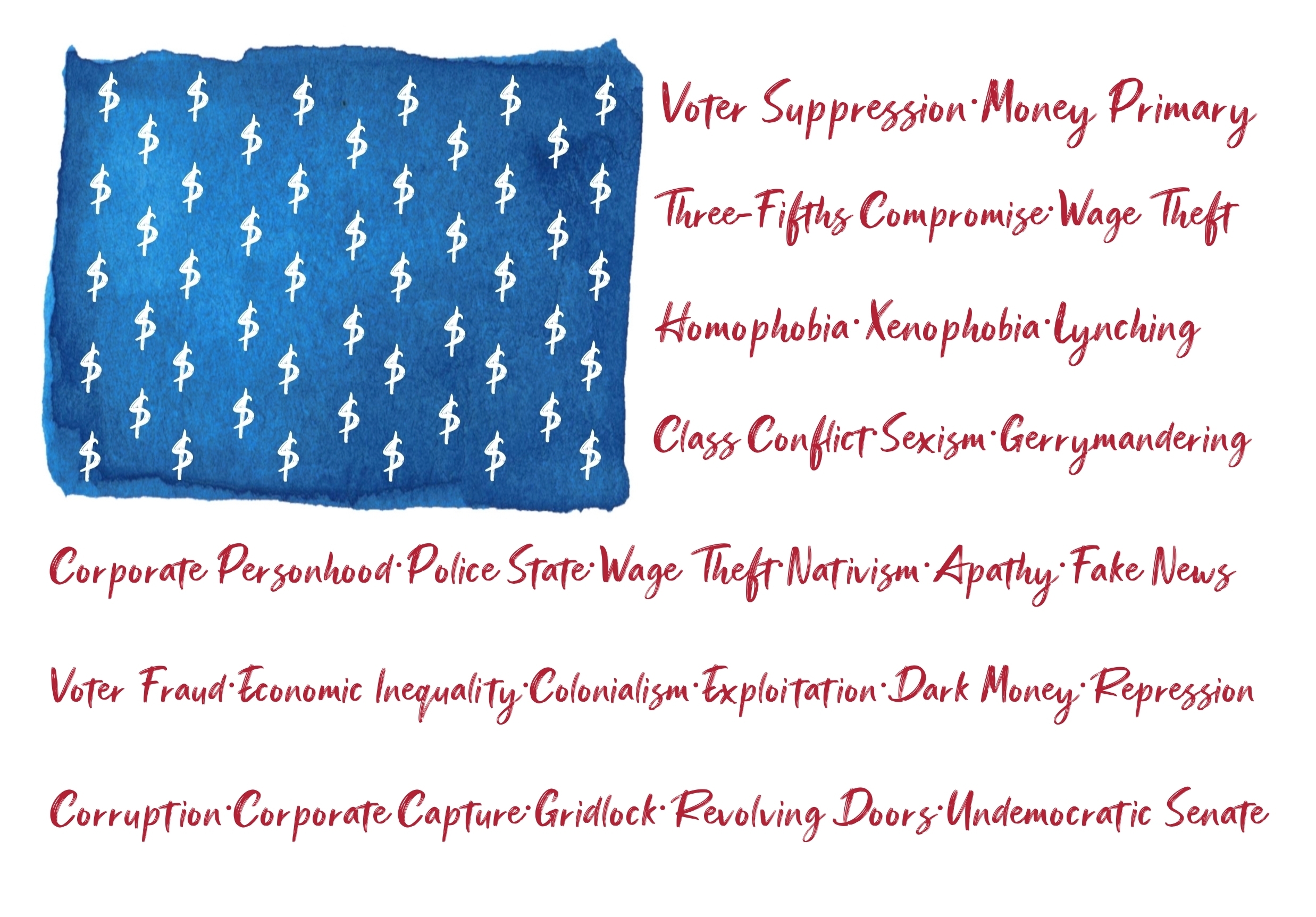 All nation-states face choices with respect to their political trajectories. The United States faces a similar choice. We want to be careful about presenting a false dilemma here, but it does appear that America’s demographics and economic inequality are in conflict with its founding principles in a way that demands a resolution. The kind of attenuated democracy we’ve long experienced cannot sustain itself without increasing contradictions and repression of the aspirations of ordinary Americans. That is not a path down which we want to venture. Instead, we could choose to cultivate a robust democracy that permeates our political and economic arrangements. This is a vision of a multi-racial, less economically stratified society in which the voices of ordinary Americans are heard and acted upon in national policy, in their workplaces, and in the way their communities are made safe–all while respecting minority rights and the values of liberty, justice, and equal opportunity. This is a vision of a society in which not everyone gets what they want, but in which we deliberate and act together to promote the general welfare.

One more thing. I’m saving you a pretty penny because you don’t have to buy a textbook for your U. S. government course. Consider spending some of your savings by taking a loved one to lunch, or donating to a charity, or contributing to your favorite political organization that fights for policies in the public interest. Pay it forward.